James Hogan: Motivated, Dedicated and Completely Out of His Mind 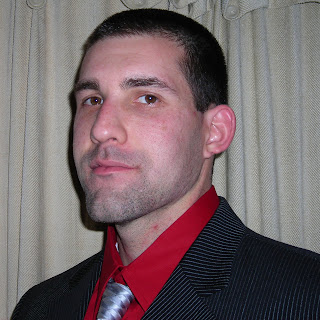 I am going to go out on a limb here and predicting that Frank Pallone will be re-elected this fall as the Congressman representing the 6th district of New Jersey.

Everybody knows Pallone’s seat is “safe”. Incumbent members of congress are re-elected 98% of the time. He has over $3,000,000 in his campaign war chest. In years past prominent and popular Republicans like Joe Kyrillos, Steve Corodemus and Marie Muhler have challenged Pallone and failed. In the last few elections the Republican Party has scrambled to find candidates to challenge Pallone. The nomination is usually given uncontested to a little known and well meaning citizen of the district that the party elders, and in most cases the candidate themselves “know” have no chance of winning.

This year the Republican establishment is proceeding with business as usual according to conventional wisdom. The county organizations of that comprise the 6th district did their scramble and came up with Keyport attorney Robert McLeod. You probably never heard of McLeod unless you’ve gotten in trouble in Holmdel where he was the municipal court judge for many years. McLeod is no dummy. He “knows” he is not going to beat Pallone if he wins the primary. He knows he won’t get any financial support from the party, because it would be a waste of money. He’s posted some position papers on the internet. He’ll get his picture taken with John McCain at a fund raiser that won’t raise money for his own campaign and he’ll show up to debate Pallone before the Asbury Park Press editorial board. He’ll go through the motions knowing that his only hope of beating Pallone is if the congressman gets caught up in an unforeseen scandal between now and November.

Yet, this year might be different. Out of the morass of apathetic average Joes has popped James Hogan , a young man who doesn’t know how poltics works (if you can call what we have “working”) and doesn’t care. Hogan is challenging McLeod in the June 3 primary for the right to take on Pallone in November.

Hogan is a 28 year old software engineer who lives in Long Branch. He graduated from Keansburg High School in 1998, where he was the Salutatorian of his class. He has a degree in computer science from Rutgers. He has no previous political or governmental experience, except for voting, which does count. By his own admission he is “motivated, dedicated and completely out of his mind.”

In an interview with Monmouth University student Eric Sedler posted on the Republican blog RedJersey.net, Hogan explained his candidacy as follows:

“I’m running for Congress because our current representative, Frank Pallone, has been in office for the past 20 years. I’ll be 28 this September which means that Frank has been in office for nearly my whole life. The economic and social problems that I face as a working adult are the same economic and social problems that have been building up over the past 20 years during Frank’s career as a DC politician. He failed to address these same issues when they were my father’s issues as young working American 20 years ago, and now that I’m finally “old enough” to run for that office, I want to address the issues that Frank failed to address for our parents before those same issues start effecting people like you and I who are young and relatively new to the work force, and other young people like us who will otherwise be stuck with Pallone’s poor leadership. I chose to start my political “career” with Congress because I plan to end my political “career” with Congress in no more than 4 years, I fully support term limits. I’m a software engineer, I work in a fabric enclosed cubicle far from an outside window and I’m very happy working as a software engineer out of my little cubicle; it’s what I went to school for and a software engineer is what I WANT to be when I’m all grown up. I don’t WANT to be a politician; I WANT to be a representative of the people. I WANT to be a representative who shares the experiences and lifestyle with the tax payers I represent. I WANT to represent the hard working people of New Jersey, who like myself and my parents, have watched more and more of our tax money get wasted by politicians like Frank Pallone. I don’t WANT to be a politician and I believe there is a difference between a politician and representative. Frank Pallone is a millionaire politician who has spent 20 years in DC – I don’t think that the majority of Americans here in District 6 are millionaire politicians. They probably aren’t all software engineers either but I’m willing to bet that their line of work and their income levels are closer to mine than they are to Frank’s, so when gas hits $4/gallon this summer, I know what impact that has on the bills. Millionaire Frank on the other hand probably doesn’t have to make the tough choice between paying the mortgage or paying for gas to get to work, so that he can earn money, to pay the mortgage. Maybe he was representative of the people at some point 20 years ago, but he certainly doesn’t represent the average person in this district today.”

Hogan presents his views on a plethora of issues, some of which are off the wall and seemingly irrelevant (is Canadian Geese poo really a federal issue?) on his web site www.HoganforCongress.com. Unlike many politicians who declare that they are not politicians as a political ploy, Hogan really isn’t a politician. He knows as much about political science as I do about computer science. Truth be told, if there was a serious challenger to Pallone, I wouldn’t be paying any attention to Hogan. Yet, there is a not a serious challenger to Pallone, and despite the fact that I disagree with Hogan on many issues and could care less about some that he thinks are important, I like his guts. I like his motivation. I like that he is a citizen, an average Joe who wants to make a difference and is willing to get involved. I like that he is candid about who he is and what he stands for. I like that he doesn’t take himself too seriously and has a great sense of humor. I like that he is working his tail off knocking on doors and handing out homemade flyers in his quest to win the nomination against all odds. If you are a Republican primary voter, chances are James Hogan will be knocking on your door between now and June 3.

Unless Robert McLeod gives me a good reason to vote for him in the next month, I’ll be casting my primary vote for James Hogan. If for no other reason than I think he will cause Frank Pallone to make a bit of an effort.
Posted by Art Gallagher at 3:33 PM

Actually I'm currently a Brookdale Community College Student, but no harm, I was at Monmouth for 3 1/2 years until this semester.

Hopefully, in the fall I'll be a Monmouth University senior.

As far as your reasoning for supporting Hogan, I expect many people to follow suit. I've taken my fair share of shots and so have others at him, but like I said, his motivation and his determination is inspiring.

I won't tell or suggest to people how to vote in a district I don't vote in, but I will say this about Hulk Hogan: Why Not?

If someone were to tell me it's issues, I'd just point to the fact that it's the 6th CD we're dealing with, and your right there is no serious challenger. I strongly disagree with Hogan on Iraq and McCain and other stuff..yet if I voted in the 6th I'd still strongly consider pressing the button for him on June 3rd.

The only question is does he have the correct door knocking lists? haha..I hope for his sake he's not randomly knocking on doors..